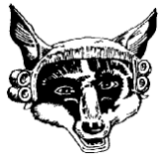 A. G. Fox Law offers a low cost Lay Representative Service for Small Claims in the County Courts under the provisions of the Lay Representatives (Rights of Audience) Order 1999, and a variety of other specialist animal legal services.

In 2013 the financial limit for the Small Claims Track in the County Court was raised to £10,000. This is having a devastating effect on unrepresented people who effectively cannot use solicitors and barristers to represent them because they cannot get the costs of doing so back if they win.

The general idea of the Small Claims procedure is that according to the Ministry of Justice it is a quick and simple way of making claims in the County Court. That of course is nonsense. There is nothing ‘quick’ or ‘simple’ about it, unless you consider that taking many months rather than years constitutes ‘quick’.

In outline the paperwork for Small Claims is essentially the same as for any other claim, but the crucial change which came into force last year was that the financial limit was doubled from £5000 to £10000. Unless it is a personal injury claim or one of a very few other exceptions, any claim for £10000 or less is automatically allocated to the Small Claims Track.

So, let us have a look at the differences between Small Claims and larger claims which are known as ‘Multi-Track’ Claims. The most important difference is the question of costs. In larger claims, and indeed as a general principle in the law, if you win your case the opposition will end up paying for your court fees and your lawyers and expert witnesses. Conversely, if you lose your case, you will end up paying your own costs AND those of the winner, plus of course the damages that have been awarded against you. In legalese terms, ‘costs follow the event’. This does not apply in Small Claims. You are allowed to be represented by a lawyer in a Small Claim if you wish, but if you do, you will have to pay the lawyer’s bill yourself. This rule is designed to discourage the use of lawyers in these claims, so that people have to do the paperwork and present the case themselves. The next problem, especially as regards animal cases, is the question of Expert Witnesses. Normally the cost of the experts, like the lawyers, is paid by the loser. In Small Claims the same rule applies, but the catch is that the amount that the court can award is limited to £750. If your expert’s work costs you more than this, even if you win you will only get a maximum of £750 back from the loser. Even that is not guaranteed, as such awards are at the discretion of the court, and courts are notoriously unpredictable in what they will allow.

All of this is grossly unfair to the ordinary person with no legal training who is now expected to run cases for what to most people is a large amount of money with no legal help, or with legal help for which they are likely to have to pay. If a person wins a claim for £10000 and has to use lawyers and experts to do so, it is likely that the largest part of this will be used up in paying their professionals costs. People commonly go to solicitors for an opinion on their cases to be told that the legal costs will be so prohibitive that it would never be worth pursuing.

There is in fact a partial answer to this problem. There is a special rule in Small Claims regarding representation. As a general rule in the law you can only be represented in court by people who are especially legally qualified to do so, barristers, solicitors and Fellows of the Institute of Legal Executives who have passed special exams. These rules do not apply in Small Claims. In a Small Claims hearing you can be represented and advised by a ‘Lay Representative’ who is not a practising barrister, solicitor or legal executive. There are quite a few people out there who can do this work as they are extremely experienced in law, procedure and advocacy but do not happen to be in one of these three professions. They include people trained in these professions who do not happen to be on the professional rolls for a variety of reasons, retired former members of these professions, specially trained Trades Union Officers, Citizens Advice Bureau workers, and people who have great experience in representing corporate bodies such as Public Utilities companies and Local Authorities under similar rules which allow these bodies to be represented by authorised employees.

The importance of this is that you can obtain good representation at a lower accessible cost, much increasing your chances of presenting a coherent and credible case, especially when you are up against a corporate defendant such as a large supplier of animal food or products who may be using a lawyer staff member against you.

PLEASE TELEPHONE OR EMAIL US FOR MORE INFORMATION